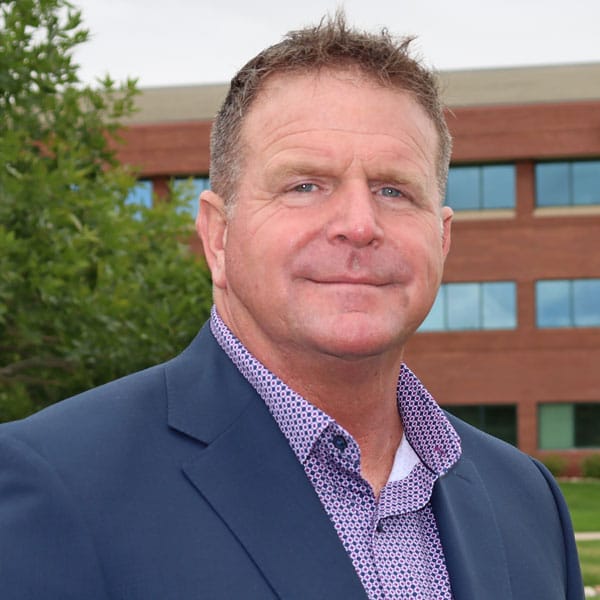 For more than 25 years, John Aden has been a senior executive with a record of delivering growth, leveraging scale, driving innovation and building high-performance teams at some of the world’s top companies, including Walmart Inc., Mac Tools and Frito-Lay. Now, he is at the helm of one of the largest Christian ministries—David C Cook.

“John’s extensive experience in delivering customer-centric solutions, achieving growth with innovation and helping teams achieve their full potential, as well as his broad and proven leadership skills, will be instrumental in helping David C Cook meet the needs of the global Church,” said Todd Rankin, chairman of the board for David C Cook. “His track record and passion for helping global brands achieve a higher level of performance, combined with his heart for ministry and discipleship make him uniquely positioned to advance the mission and vision of David C Cook in this critical moment in time.”

John joined Walmart in 2007 as senior vice president of international operations. In this role, John and his team built the first warehouse in India, expanded logistics capabilities in Brazil and Japan, developed proprietary integration tools to create value in acquisitions, led the company’s exploratory efforts in Africa and leveraged global brands to drive sales. In 2009, John realigned the global support functions to create an “International Leverage Team” which generated $250 million in productivity its first year.

In 2011, John moved into U.S. Merchandising as senior vice president of Hardlines, which had been experiencing declining sales for years. He and his team immediately developed a strategy to reignite Hardline categories that were once the foundation of Walmart’s business. The team focused on consumer trends and engaged with supplier partners to bring big ideas to life. Within six months, sales were positive and Hardlines quickly became one of the fastest-growing categories at Walmart.

Later that year, John was promoted to executive vice president of General Merchandising, with sales exceeding $50 billion. Once again, consumer insights, supplier collaboration and innovation were leveraged to drive growth, especially in the entertainment categories. The growth and innovation under John’s leadership was recognized in Hollywood at the 2013 Consumer Electronic Show (CES), when Walmart was awarded Retailer of the Year. Following CES, John became executive vice president of Merchandise Services, leading the support functions for all of Walmart U.S. merchandising. In 2014, John transitioned into the role of executive vice president of Merchandise Innovations, where he and his team developed a framework for accelerating innovation. The division also launched the Walmart To-Go convenience store format­—a concept that moved from an idea to operational in only six months.

Prior to joining Walmart, John served as president of Mac Tools from 2000 to 2007. During that time, the company was part retailer, part distributor and part manufacturer of Professional Mechanic’s Tools. Mac Tools had a complex distribution network in the U.S., Canada, United Kingdom and Japan, as well as manufacturing and sourcing in the U.S., Taiwan and China. When John started in 2000, Mac Tools required a significant turnaround following multiple years of negative profitability. In just a few years, John and his team implemented systemic change, and Mac Tools became an industry leader. The brand was given a facelift and began leveraging partnerships with the Monster Garage and Pimp My Ride TV shows, as well as the National Hot Rod Association (NHRA) and NASCAR. The entire strategic positioning of the company was redefined by leadership to focus on creating “customers for life.”

Before joining Mac Tools, John worked in a variety of positions in operations, marketing, sales and brand management for Frito-Lay from 1990 to 2000. He started his career with Frito-Lay on a route truck in Seattle after graduating from the University of Washington in 1990. Within just a few months, he was promoted to district manager. He left the company in 2000 as a regional vice president, in which he oversaw the Midwest region with annual revenues of $480 million and 2,500 full-time employees.

Since leaving Walmart in 2015, John has continued to engage in personal and professional projects that align with his interests in consumer insights, innovation, leadership development and faith in the workplace. Formerly chairman of the CEO Forum, John continues to invest time in the organization as a mentor of leadership development with current CEOs. He also recently built a successful cattle operation from scratch, leveraging industry innovation to build a high-quality herd of more than 1,000 cattle.

John and his wife, Kristal, have been married for 25 years and have two children. Their daughter Julia graduated in June 2021 with a degree in nursing and is a registered nurse in northwest Arkansas. Their son Joey attends school and plays baseball at The Ohio State University.