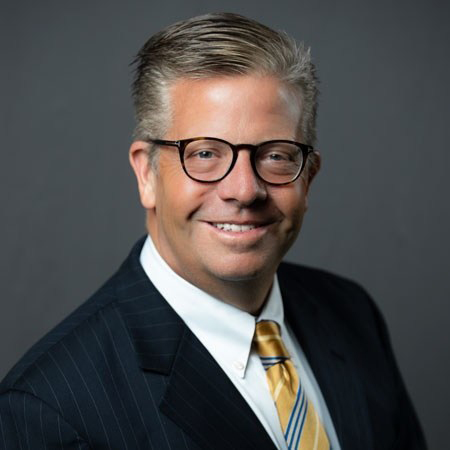 Randall Mark Hultgren was born in Park Ridge, Illinois.  He has been married to his wife, Christy, for 30 years, and they have four children: Karsten, Kylie, Kaden, and Koleson, and a daughter-in-law, Mackenzie Smith Hultgren, and a son-in-law, Christopher Jones.  Randy (Grandy) has 2 wonderful grandchildren, Tre and Fern.  The Hultgren family live in Springfield, Illinois.

Hultgren is the President and CEO of the Illinois Bankers Association and has served with the IBA since April 2020.

Randy had the privilege of serving in elected office for 24 years.  He most recently served in the United States House of Representatives from 2011-2019, representing the 14th Congressional District of Illinois.  In Congress he served on the Financial Services Committee, the Science, Space and Technology Committee, and was the Co-Chair of the Tom Lantos Human Rights Commission and the Co-Chair of the National Prayer Breakfast.  Before getting elected to Congress, Hultgren served as a member of the Illinois Senate from 2007-2011, and as a member of the Illinois House of Representatives from 1999-2007.  His first elected office was as a member of the DuPage County Board and as a commissioner for the DuPage County Forest Preserve from 1994-1998.

Along with his public service, Randy has worked in finance and law.  He was a Vice President of Performance Trust Investment Advisors when he was elected to Congress.  Hultgren had previously helped families with investment planning and estate planning.  He also assisted in his family business, the Hultgren Funeral Home, in Wheaton, Illinois.  Randy directed a leadership project in Washington, DC, convening Members of Congress from both sides of the aisle with leading authors and intellectuals to seek to build relationships and diminish the current level of contempt in our public debate.  He also served as Senior Vice President for Commercial Lending for Wintrust Financial, in Rosemont, Illinois.

Hultgren graduated from Wheaton Academy in 1984. He went on to graduate from Bethel University in 1988 with a double major in Political Science and Speech Communications.  Randy also received his Juris Doctorate from IIT Chicago-Kent College of Law in 1993.

Randy joined the Cook Board in June 2022.  He currently serves on the Ministry Advancement and Finance and Audit Committees.